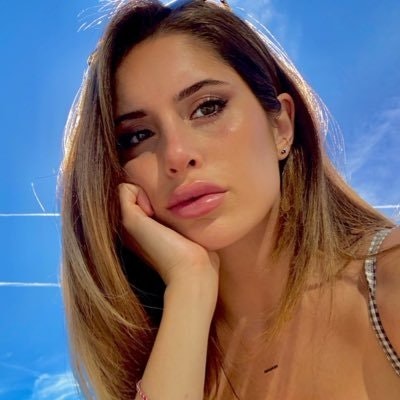 Huge thanks to the renowned Karen Ubell at Goodwin Procter LLP for her contributions in providing her legal expertise and to Will Reid at Pantera Capital for providing essential analysis. Thank you also to Michael Dershewitz at Arca and to Anil Lulla and Rob Sarrow at Delphi Digital for kindly sharing their anonymized token vesting data with me. Finally, thank you to Soona Amhaz at Volt Capital and William Fan, Joey Krug, Kyle Canchola, and Ryan Barney at Pantera for their thoughtful suggestions and review.

Token lockups are a fundamental part of venture funding in crypto. In fact, it’s hard to come by an early-stage crypto company in today’s market that does not have, at minimum, a SAFE / equity note with a token warrant.

From previous analysis in Optimizing Your Token Distribution, we showed that in 2022, on average, around 15% of the total token supply goes to early stage backers of builders in the space - a sizable allocation. But by what mechanism are those tokens distributed to the investors?

Tokens are notably much more liquid than traditional equity, so founders tend to align incentives by implementing a lockup on the tokens that begins after they are generated/distributed. These lockups can range anywhere between 0 days and several years.

We often get asked by founders how long a lockup should be, or we see founders set lockups that seem either too long or too short to properly attract the right investors to their cap table.

Below we’ll be reviewing industry standards by looking into where lockups sit today and how they’ve changed over the past couple of years. We analyzed over 150 data points across 3 funds: Arca, Delphi Digital, and Pantera Capital.

The agreements between investors and their portfolio founders have evolved over the years. In the crypto bull run of 2017, the SAFT (“Simple Agreement for Future Tokens”) framework, modeled off of YC’s SAFEs (“Simple Agreement for Future Equity”), was created by Juan Benet, Marco Santori, and Jesse Clayburgh and was released as an open source document available on the SAFT github. They were initially created to do a pre-sale for an ICO at a discount to the public price and were immediately popular; they were adopted by many early protocols, including Filecoin and Kik’s Kin.

However, as time went on, Kik and other protocols faced potential repercussions for allegedly violating securities laws with their ICOs, and SAFTs fell out of fashion. This was exacerbated when 2017’s bull run gave way to an extended bear market starting in 2018, and (non-crypto native) investors - many of whom got carried away in the excitement of the run up in prices - started to question the value of tokens and shifted to preferring equity. During this most recent bull market in 2021, the spirit of the SAFT has made a comeback in the form of token warrants or token rights agreements, but they’re now typically attached to either a SAFE or an equity investment. The big difference is that SAFTs, when used in the current market, are used for projects that have significantly more clarity on token and protocol features, development and  launch plans and token launch timelines much closer in time to the fundraise. These are used for a single, identifiable token rather than any possible token that a company may issue, whereas token warrants and agreements are generally used to create value alignment between investors and founders in the latter case

Vesting schedules can be categorized into two different themes: time-based and trigger-based.

A time-based vest (including the cliff) begins at some agreed upon date, either on the date an agreement is executed or a set period of time following the execution of an agreement. A trigger-based vesting schedule is kicked off after some event. Typically this involves a token generation event, but it can also involve a mainnet launch or the listing of a project token on a prominent exchange. We found, around 70% of token vesting schedules were trigger-based and of those, 65% began after a token generation event.

Unfortunately there was a lack of data from 2019 as there weren’t many deals done/recorded in this period, and coincidentally this was the year we started to see more regulatory oversight. In 2020 and beyond, we start to see shorter cliffs combined with longer overall vesting lengths as investors and founders rebound from initial regulatory scares and as founders started to gain leverage leading up to the 2021 bull run.

The deals analyzed had vesting periods ranging from individual blocks, to monthly, to quarterly, to semi-annually. A surprising portion of these deals vested block-by-block, which is a more recent trend, but the bulk - over a third - vested on a monthly basis.

A cliff is a period of time before any tokens are distributed. Cliff lengths in crypto can range from being non-existent to over a year.

Rule 144 of the Securities Act is the most common “safe harbor” exemption that allows the resale of unregistered securities by an investor without that resale being deemed a distribution on behalf of the original issuer and that investor being deemed a statutory underwriter with associated liability under the securities laws, provided of course that certain conditions are met. One of those qualifying conditions to prevent the resale from being deemed a distribution is that an investor must hold the security for a period of at least one year before any resale. While it doesn’t necessarily impact the lockups per se, the one year holding period helps issuers and resellers comply with securities laws in case the tokens are deemed to be securities later on.

The SEC targeting Telegram caused founders to put more time and development  into building their protocols, taking care to increase end user, developer, and validator adoption as well as to increase secondary liquidity outside of just the investors themselves. This was to ideally ensure resale at a point in time when the April 2019 SEC factors would point to the token no longer being deemed a security.

Unfortunately there is not conclusive data recorded on whether staking vested and/or unvested tokens was possible. This is typically not written directly into the contract, but some  protocols do allow unvested tokens to be staked.

Is there an Optimal Vesting Structure?

With vesting schedules shifting over time, founders and investors alike  may ask, “what token vesting structure is optimal?”

We defined optimal here to mean a vesting schedule that produces the least negative impact on token price upon each vesting dates and the lowest token volatility over the course of the vesting period.  We note that there may be other reasons - development milestones, decentralization efforts and, perhaps most importantly, regulatory considerations - that may cause common lockup terms in the United States to vary from these findings.

The results were as follows:

As such, we suggest that founders considering specific date vests over linear vests have a well researched basis for doing so, and founders who still wish to consider specific date vests may consider these findings when determining their vesting structure. Note: this recommendation is based on market effects and preventing volatility, but there may be other important regulatory considerations, such as the Telegram considerations and the possible benefits of complying with the Rule 144 safe harbor framework.

We approached the analysis from a risk management perspective, looking for worst drawdowns rather than maximum positive returns.

The tokens were first split into linear and specific date vests (linear vests typically unlock by block over a specified period), and we then assessed the normalized volatility of tokens across their full vesting period. This was to evaluate the hypothesis that linear vests might cause more sustained volatility in the token over time (hypothesis A).

Next, we compared specific date vests. To start, we assessed the impact of cliff length and initial unlock amount on the day of, the day after, and one week after, the initial unlock event. Our results suggest that a 6-month cliff is favorable to a 1-year or no cliff, and that, somewhat counterintuitively, unlocking a higher proportion of tokens at the cliff is favorable to smaller unlocks (hypothesis C). To explain this, we hypothesize that projects with smaller unlocks have foresight into the likely ‘dumping’ behavior of their investor base, and are looking to minimize sell pressure by unlocking fewer of their tokens.

Our results suggest that longer gaps between unlock events (up to 6 months), larger unlocks each period (although this signal is less clear), and shorter overall vesting periods are favorable if the goal is to minimize significant price impacts around unlock events (hypotheses D and E).

As of mid-2022, things seem to be swinging back into the favor of investors given the bear market and the amount of leverage crypto investors have with their fresh dry powder and decreasing competition from generalist funds. We have already seen lower prices, and this is likely to correspond with terms more favorable to investors, such as shorter lockups, at least for now.  On the other hand, an increasingly more hostile regulatory environment in the United States may yield minimum cliffs of one year and longer lockups as issuers and investors face uncertain future treatment of all crypto assets.

We would advise any founders reading this to discuss their token vesting schedules with their investors and industry experts with regard to additional tokenomic considerations not covered here. However, our analysis has some preliminary directional indications of the return impact of different vesting schedules, and suggests that linear vesting is favorable to specific date vesting if the goal is to minimize selling pressure at cliff dates and to reduce token volatility over the vesting period. Additionally, we would advise all founders reading this to consult with legal advisors to discuss whether regulatory considerations and protections, such as Telegram considerations, the factors outlined in SEC guidance and the possible benefits to the issuer and investors of complying with the Rule 144 safe harbor framework, may support longer cliffs and longer total lockups to allow for further development and decentralization.

Analysis not included in this post that I’d love to explore in the future:

Lauren is a partner Pantera Capital, one of the earliest institutional crypto-focused investment firms, where she’s worked for over four years. She’s also a solidity dev with a passion for data. Prior to joining Pantera, she worked in trading at Bank of America and before that was a software developer at a trading and investment platform. She holds a degree in computer science from Columbia University.

If you are looking for investment or would like to discuss a project you’ve been working on, please get in touch!

General Disclaimer: This article and the contents in this article are for general informational purposes only, are not and should not be relied upon in any manner as investment, financial, business, legal, accounting or tax advice, are not a recommendation to buy or sell any security, digital asset, cryptocurrency or token, and should not be used in the evaluation of the merits of making any investment decision. This article represents my own personal views, not those of any firm, entity or organization with which I am, have been or become associated, including Pantera Capital Management Puerto Rico LP or its respective affiliates (collectively, “Pantera”). This article does not contain any advertisement for Pantera’s investment advisory services, or any other services or products, whether provided by Pantera or otherwise. Any projections, estimates, forecasts, targets, prospects and/or opinions expressed herein are subject to change without notice and may differ or be contrary to opinions expressed by others. Information contained in this document is believed to be reliable, but no representation is made regarding such information’s fairness, correctness, accuracy, reasonableness or completeness.